The Selfskie is a small, simple-to-use gadget that you can attach to a stick or a pole and use it to mount your smartphone in order to easily capture selfies using a small Bluetooth remote control. So, in a sense, it doesn’t differ that much from the regular selfie stick which has gotten very popular after the selfie became a major trend after 2010, in part because of the mass-promotion from the celebrities, but mainly because the phones got a front camera.

This way, using a selfie stick allowed more people in the picture, including the photographer, which before, couldn’t be a part of the shot (the higher distance between the lens and the people also has an important role into taking a better photo, especially since we now have wide-angle cameras on some smartphones) and, the selfie stick is also useful when travelling, for not relying on strangers to take your photo (of course, there’s also the digital vanity, but that’s a topic of another time). 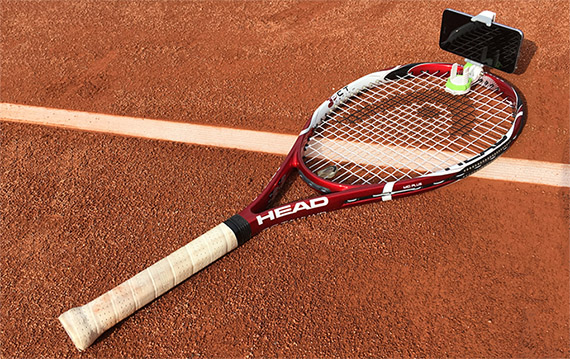 But, while it has kept all the advantages of the selfies stick, there is a fundamental difference between it and the Selfskie: the ability to attach it to any cylindrical rod, ranging from the regular stick to any sport-related equipment, such as the ski pole (selfie + ski = selfskie?), the golf club, tennis racquet, trekking poles or bike handlebars (although you would have to capture photos vertically..). The device itself consists of two main plastic parts connected by a screw in the middle, the top part featuring a retractable piece to allow the positioning of the smartphone and two protruded areas that get in contact with your handset, which are covered by a softer silicone-like finish to ensure that it won’t damage its corners – the retractable mechanism is ensured by a single rubber band that, in time, can get looser.

To test if the phone can fall off when doing some crazy movements with the pole, I used two types of cases, one made of rubber and the other made of a textile material and, in the case of the former, the smartphone remained locked in place, showing some signs of movement only when I started to aggressively beat the phone to the mattress on my bed; in the case of the textile case, it was a bit easier for the phone to launch from the fixing mechanism (the same as when I didn’t use a case at all). 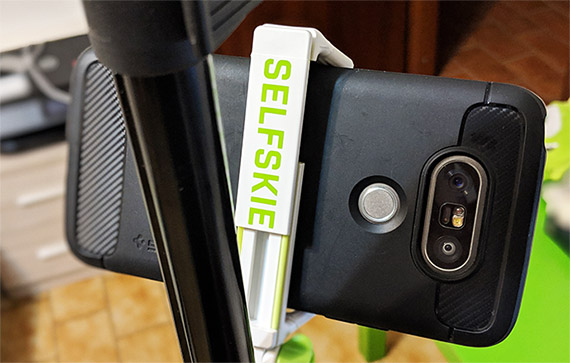 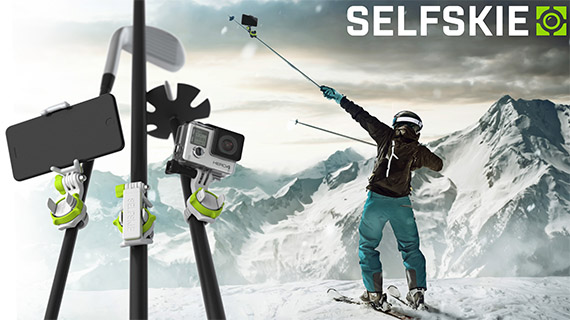 The bottom part of the gadget is where you will find the locking mechanism, consisting of a circular green nut and two areas where you insert either the small silicone band suitable for small poles or the larger band which has a way wider reach: to tighten the bands around a pole, you simply need to rotate the plastic nut (where the gadget gets in contact with a pole or any other similar surface, the Selfskie features silicone-like soft surface). In my experience, the grip is very tight and there is no chance that the device will slide on the pole.
Note: The top part of the gadget can be removed and you can add a GoPro cam instead if you don’t want to rely on the smartphone to capture a unique moment.

An important part of the Selfskie is the small Bluetooth remote control (called the Remote shutter – it is powered by a single removable 3V Lithium Battery) which allows you to take photos without touching the smartphone and all you have to do is pair it via Bluetooth: there is a small switch on the side that you need to slide to turn on the remote and then it will immediately be seen by the handset. After I attached the Selfskie to a pole along with a smartphone, I tried to capture a few photos with the remote control and the shutter was very fast (it reacted almost immediately), but I had to have the camera app open beforehand – it will also work great with capturing videos. 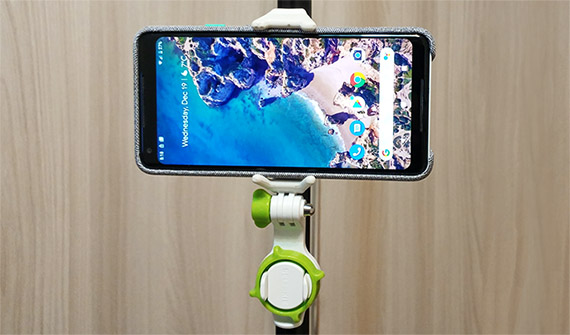 Conclusion
The selfie trend has become much quieter these days, but not because it has died out, quite the contrary, it has become a normal thing to do and the social media (especially Instagram) does allow you to promote yourself in any way you want, so the Selfskie is a must have if you do any sports activity and want to show it to world. Sure enough, the targeted audience are vloggers or explorers and it does its job properly, but if you’re not a part of these groups and still want a multi-use gadget, then simply strap it to a regular pole and there you have it, a selfie stick in the flesh.